You are at :Home»Buying Tips and Guides»Top 5 Problems and Solutions With Steelcase Series 7 Standing Desk For 2019 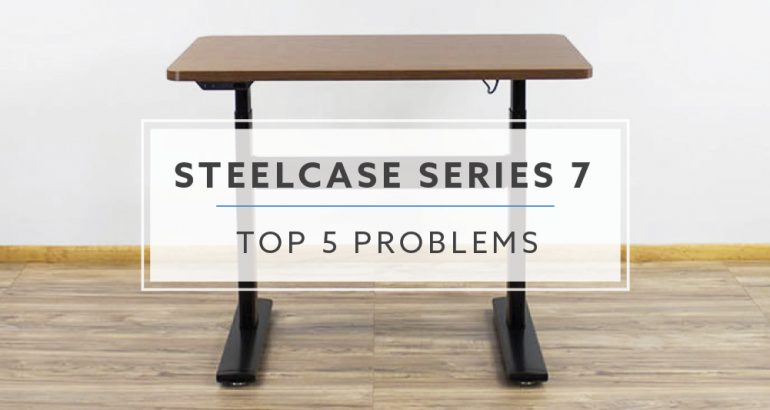 Post Update: The Steelcase Series 7 has been discontinued by Steelcase. The DL4 column from Linak with chain drive is no longer being manufactured.

Top 5 Problems With Steelcase Series 7 For 2019

As I mentioned in my full review of the Steelcase Series 7, the main reason for purchasing this desk was, in my impression,  its stability. Unfortunately, that was not the case at all and the Series 7 had front to back stability issues as early as 38” tall. By 40”, there were additional wobble issues, which were surprising considering the desk featured a traditional cross support. By the time the desk reached 44” tall, there were serious stability problems that would impact your work efficiency. Design flaws in the extruded aluminum feet, short upper worksurface supports and bolted brackets on the cross support all played a part in the stability shortcomings.

With the current design of the Steelcase Series 7, I do not see a way to fix the stability without some major design changes. A single piece for the cross support, instead of multiple parts held together with bolts, would be a good start. Feet that are made from formed steel or a molded aluminum would improve stability at the bottom of the frame. Upper supports that are longer than 10” would be another improvement for front to back stability issues.

If you are looking for an alternative product that will provide better stability, we have only found two with similar adjustment ranges. The GeekDesk v3 offer much better stability beyond 40” tall. Each will include a single piece traditional cross support system for improved lateral stability.  They both will also include formed steel feet to greatly improve the front to back stability when compared to the Steelcase Series 7.

Assembling the Steelcase Series 7 was an emotional roller coaster. Maybe that is a bit excessive. Either way, it was actually frustrating because what started out easy turned into a huge pain. Looking at the parts, I would expect a desk like this to take 15-30 minutes to complete assembly. The biggest issue was attaching the cross support, which used an interlocking wedge system. This interlocking wedge system is common for the DL4 and DL4S series. While the wedge system that was on the DL4S columns featured on the XDesk Terra (formally NextDesk) went on without a hitch, the Steelcase Series 7 was impossible to fully connect. The recommendation for assembly is to slowly work both sides onto the wedge. Unfortunately, with about ¼” left, there was no way to fully seat the cross support.

There are a couple of problems with this. The first is that the desk is $1500 and it shouldn’t have an incomplete look, with part of the brackets showing. The columns and cross support are both better looking than the wedge system, showing a portion of the bracket was an eyesore. The second problem is it creates a clearance issue between the cross support and desktop. When you attempt to pass through wires there isn’t enough room. If your wires become stacked on top of each other it can actually stop the desk from fully lowering.

From a stability standpoint, there likely won’t be an issue from the cross support not being fully seated. The cross support connection was so tight that it is difficult to remove it. The best alternative would be to contact the manufacturer to receive a replacement. Although I’m not sure if a replacement would fix the issue. Looking at the part it appeared to be in perfect condition. There weren’t noticeable paint globs or bent metal parts. Because there is no way of knowing if the problem is linked to the cross support, or the columns, you would need to request both replacements.

The Steelcase Series 7 is still currently using the old DL4 chain-driven lifting mechanism. This column from Linak has been discontinued, but there is still stock remaining at Steelcase. While my experience with the chain drive system is limited, comparing it to their newer inline motor with spindle gear I tested on XDesk, the DL4 was not as smooth. With no weight on the desk surface, there was noticeable hopping while in motion. The second problem with this DL4 column is that the chain is actually visible at the bottom of the column. I would have preferred to have seen this fully enclosed within their column like the newer DL4S.

The best solution if you want to purchase the Steelcase Series 7 is to wait until they have used their entire remaining inventory. You can call them to find out where they stand with it and that you would prefer the DL4S column. If you would prefer not to wait until the new DL4S column is available, you can always look at other products that are using the newer technology. The Xdesk Terra is currently shipping with the new DL4S column. While we weren’t impressed with the foot design on the Xdesk Terra, the DL4S columns were very nice. If stability isn’t a major concern, this could be a good alternative and it is around the same price point.

Retailing for over $1500, the Steelcase Series 7 is one of the most expensive desks we have tested. As we mention in all of our reviews, you truly get what you pay for when it comes to electric standing desks. That couldn’t be more true with the Steelcase Series 7, as you will be getting Linak technology for the columns. This includes motors, gears, glides and electronics. The Steelcase Series 7 also features aluminum extruded feet and cross support system. The aluminum components are oftentimes more expensive than steel and will offer better aesthetics. The only issue is that for $1500, you are getting one of the least stable desks we have tested. Beyond 40”, there are stability issues for both rocking and wobble motions. Pair that with the fact the Steelcase Series 7 is still shipping with old DL4 columns and there is a good reason to look for an alternative.

The Steelcase Series 7 is the first desk that I have tested to include aluminum extruded feet. I have had the opportunity to test formed steel feet, a molded aluminum foot and a solid piece of aluminum foot. Of these four different types that I have tested, the two that were the worst stability performers included the extruded aluminum and solid aluminum. Both had experienced a ton of flex with the leverage from the weight of the upper frame and desktop. When you looked inside the aluminum extrusion used for the Steelcase design, they didn’t have any type of ribbing used for added stability. Using an aluminum tube on its own will not provide the proper amount of strength to create a strong foot. To make matters worse, they only connected the columns to the bottom of the aluminum extrusion. This meant the entire frame and desktop relied on the thing piece of aluminum for all of its stability. Because of this, the Steelcase Series 7 had a significant amount of front to back rocking motion.

The best solution would be for Steelcase to re-evaluate their current foot design. The aluminum extruded foot design was almost as bad as the solid aluminum foot from Xdesk Terra. The Uplift 900 uses a molded aluminum foot that is a significant upgrade of the extruded aluminum. This gives them the ability to create unique shapes that are not possible with a formed steel foot. Because it is aluminum, there will still be some flexing; however, it is much improved over the current design. For the most stable option, you should look at a formed steel foot. We have tested over 20 desks and the formed steel foot has been the strongest option. While it might not be quite as aesthetically pleasing to the eye, the improvement it would have on their desks stability would be worth it.

At the end of the day, the Steelcase Series 7 is a very good desk. Outside the stability issues that it has, there aren’t a lot of other weaknesses that we found with it. This is the main reason why it is one of only three desks that have been able to score higher than 80 in our testing. Even with the old DL4 columns, it still beats out the majority of the other low to mid-range desks we have tested. With high-end components throughout, you are likely to have a desk that will last a long time. If you aren’t concerned with some of the stability issues it has, the Steelcase Series 7 has the opportunity to be a really good desk for you.

Realspace Magellan VS VertDesk v3 Standing Desk: Which is better in 2019? 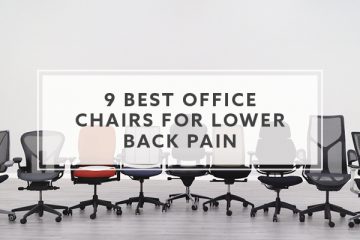 9 Best Office Chairs For Lower Back Pain in 2022 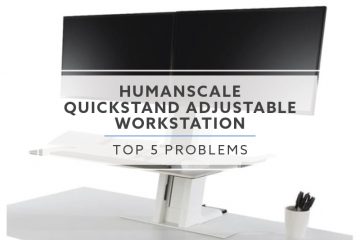 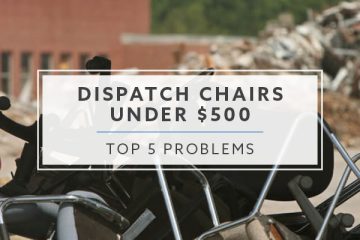