You are at :Home»General Office»The Transition to an Open Office Environment 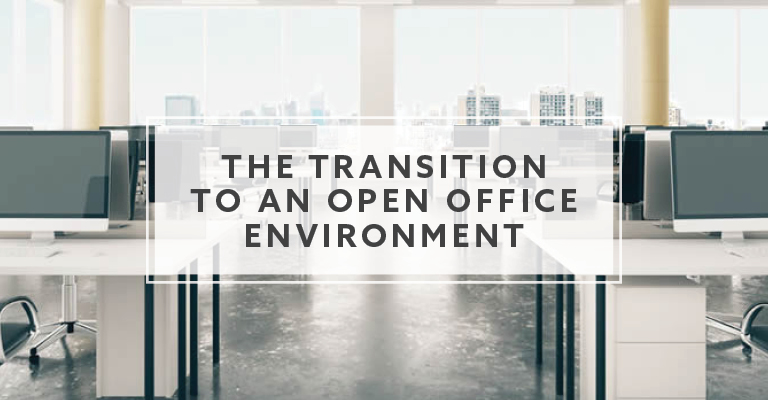 The idea of an open office area, free of walls and formal offices, was developed to encourage collaboration. While this design concept first began being used as an office model in Germany in the 1950s, it has experienced a notable resurgence in popularity in U.S. Starting in the early 2000s, tech start-ups latched on to the concept as a way to nourish creativity and generate innovation through collaboration. Ultimately, the results have been mixed, to say the least. As a result, office design has come full circle and the future of the modern office is starting to look more and more like offices from the 1950s.

The Invention of the Action Office

The first major evolution in office design came in 1964 when Robert Propst, the chief executive of Herman Miller, introduced the “action office,” which we would now recognize as a cubicle. Propst envisioned the action office as a way to empower lower-level employees by providing them personal space and privacy. His designs included a variety of moveable components and panels that could be easily reconfigured and allow workers to stand, sit and adjust their position throughout the day. 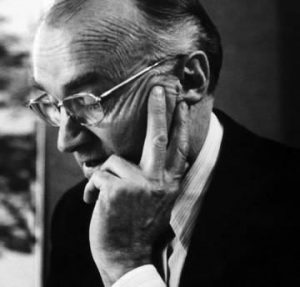 enclosed executive offices. This design reinforced that your position, or lack thereof, in the company. Simply adding a few temporary and portable walls managed to make great strides in improving employee morale.

Unfortunately, Propst’s design, which was meant to humanize the modern worker and make them feel less anonymous, was eventually warped into something that did the exact opposite. Instead of implementing Propst’s vision, companies across the country created imitations that used cheap, gray walls. These cubicles also eliminated the ability to alternate between sitting and standing positions.

Ultimately, the action office was degraded and turned into a bleak and sterile looking work environment that did nothing to inspire workers. Propst himself was sad to see what had happened to his initial idea. In a 1998 interview, which occurred two years before his death, he comments on how businesses are misusing cubicles: “The dark side of this is that not all organizations are intelligent and progressive. Lots are run by crass people who can take the same kind of equipment and create hellholes. The make little bitty cubicles and stuff people in them. Barren, rat-hole places.” While Propst provided businesses with the tools to create a better work environment, companies chose to focus on the bottom-line and ignore the larger picture of what was at stake.

Ironically, or perhaps appropriately, the modern office now looks exactly like what Propst was trying to avoid: large open spaces that lack privacy. The office of the 1950s has been resurrected and is alive and well in America. Essentially, the pendulum swung from a totally impersonal and barren wasteland of drab cubicles to completely open offices. The idea was that the literal removal of walls would also remove any figurative walls that prevented the free-flow of creativity and ideas among co-workers. Yet, this design is still plagued by the same flaws that made it impractical over 50 years ago.

In some ways, this most recent shift in office design was influenced by economic factors. Eliminating cubicles also brought down operational costs. Companies didn’t have to invest in portable walls, which also allowed them to cram more people into an open space. According to organizational psychologist, Matthew Davis, our offices have started to resemble “chicken factory farms.” This approach to office design does little to make employees feel valued, let alone comfortable.

The open office also provided employers with a way to easily monitor employees and ensure that they were staying on task. However, with modern time-tracking and project management tools, employers have better and more accurate ways to measure employee productivity and contributions. There is no need to literally watch over them while they work. 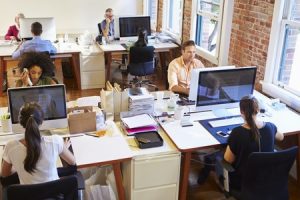 On some level, the open office design does encourage collaboration, but it also comes with a myriad of drawbacks that far outweigh any benefits. Ultimately, an open office is inherently full of noise and distractions. Without walls, there is nothing to absorb sound and prevent noise from traveling all over the office. A complete lack of privacy also means that you may end up spending an hour listening to your co-worker fight on the phone with their spouse. In addition, employees report that co-workers tend to stop by their desks and interrupt more often in open offices. These distractions can not only eat away at productivity, but also increase stress levels in workers.

The open office is also problematic in that it ignores the needs of introverts, who are often the engine that drives innovation at companies. While extroverts may thrive in a nosier and more open office, introverts need a calm and quiet environment to recharge and incubate ideas. Implementing an open office design only serves the needs of two-thirds of employees, while forcing another third to work under counter-productive conditions.

What is the Best Office Design Solution? 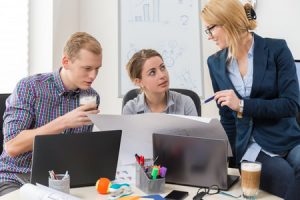 Study after study shows that the best office design employs hybrid solutions that directly mirror Propst’s initial vision. The office of the future should include collaborative working spaces, such as conference rooms and banks of desks that allow workers to easily gather and exchange ideas. On that same note, they should also have access to private offices that eliminate distractions. Any office should be flexible enough to meet the various needs of employees and not force them to fit into a pre-determined mold.

As Propst observed, a lot of companies simply aren’t concerned with the important role that office furniture can play in creating a productive and collaborative work environment. Their main concern is quickly and cheaply outfitting their office despite overwhelming evidence that putting thought and resources into implementing an ideal office design will actually produce a significant return on investment. The information is out there, it is simply a matter of convincing companies that formal studies and employee feedback are worth paying attention to. 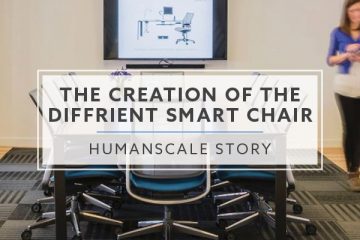 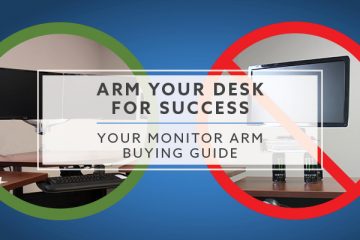 Arm Your Desk For Success: Your Monitor Arm Buying Guide